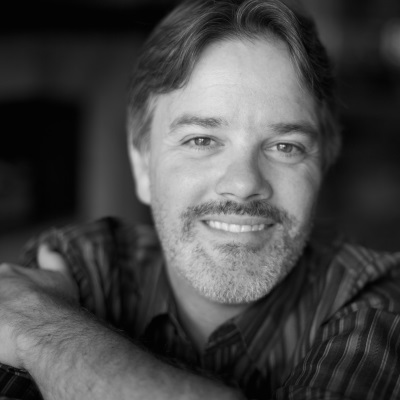 Gregory Hickok received his Ph.D. in Psychology at Brandeis University in 1991 and did post doctoral training in Cognitive Neuroscience at MIT and the Salk Institute.  He joined the faculty at UC Irvine in 1996 where he is currently Professor of Cognitive Sciences.  He was founding director of UC Irvine’s Center for Cognitive Neuroscience and founder and current director of the Center for Language Science.  He is the Editor-in-Chief of Psychonomic Bulletin & Review and the author of The Myth of Mirror Neurons: The Real Neuroscience of Communication and Cognition.

My interests center on the neurobiology of language and its relation to other brain systems (auditory, motor, conceptual, memory).  Importantly, I conceptualize language as a biological system, akin to vision or motor control, that functions as a kind of transducer, converting thoughts into acoustic energy and back again in the same way that vision transduces electromagnetic energy into a mental representation of the environment and in the same way that motor control transduces mental representations of the environment into movement (given appropriate motivation, etc.).  I take an integrative approach in which I seek to bridge research programs, concepts, and models from different fields.

While language appears to recruit specialized processes and neural circuits, I am particularly interested in understanding commonalities between language and non-language systems, vision and motor control in particular. I have found this approach valuable in that it affords a comparative method that can link to animal work. This comparative approach also may provide clues to the evolution of language. To this end, I have shown that language systems share with vision a dorsal (sensorimotor) and ventral (sensory-conceptual) cortical organization and that the dorsal sensorimotor stream functions, neuro-computationally, like visuomotor control. This computational architecture appears to scale up into traditionally linguistic domains.

Currently I am using a multi-method (behavioral, fMRI, DTI, ECoG, stroke-based, and computational modeling) approach to explore three primary interests: the neural circuitry and computational basis of the dorsal speech stream as it relates to speech motor control, phonological processes, audiovisual integration, and spatial streaming (cocktail party effects), and the organization and computational function of human auditory cortex, particularly as it relates to speech perception. Additional topics of research include the neurobiology of sentence processing, the role of neural oscillations in computation, music perception and its relation to language, the neural basis of signed language, and the functional role of mirror neurons. It is a wide range of topics, but an integrative research program demands a wide band approach.