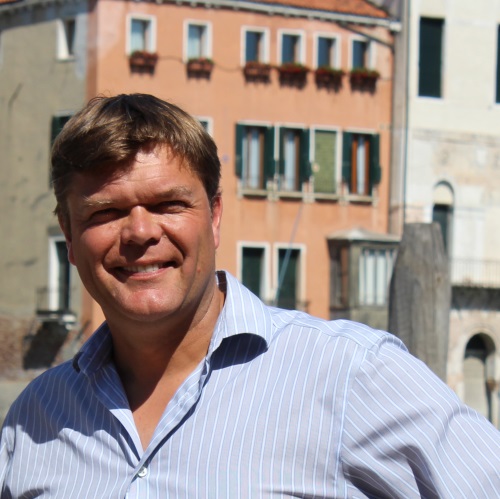 Dirk den Ouden was trained in formal phonology and syntax at the University of Groningen in the Netherlands, where he also wrote his PhD-thesis on phonological output deficits in aphasia. He completed postdoctoral training in EEG and functional MRI, before moving to Northwestern University to work as a postdoc in the lab of Cindy Thompson. In 2010, he took a position at The University of South Carolina, where he is now an Associate Professor, directing the Neurolinguistics Lab.

My interest lies in the relation between language representation and language use, and in how their interplay is affected in language disorders. In a series of studies, have combined models based on linguistic theory with psycho- and neurolinguistic evidence in the investigation of language processing and impairment. I have conducted functional Magnetic Resonance Imaging (fMRI) studies, lesion studies, and Event-Related Potential (ERP) studies showing regional specialization and increased processing loads associated with the formation or interpretation of language structures that are relatively complex from a linguistic point of view. Such results by themselves suggest a level of autonomy for language functions, but my more recent work also points out the overlap between ‘language functions’ and more domain-general cognitive functions, for example based on neural support by spatially similar or partly overlapping networks and brain regions. If linguistic processes that allow us to build sentences or form words actually build on more general and non-specialized cognitive processes, then it makes sense to also direct treatment towards such processes, rather than focus exclusively on the outward symptoms presented by language and speech problems.

Closely related is research that centers around the role of verbs in sentence construction and processing. My research has shown that lexical retrieval of transitive verbs is associated with high activation levels in posterior temporal and inferior parietal cortex and that this activation is particularly strong in action naming based on dynamic videos as compared to static pictures. This suggests that argument-structure information is lexically coded, but that its activation is modulated by the task or context in which a verb is retrieved. Our latest studies, which include analysis of aphasic narrative speech samples, confirm that retrieval of verb argument structure information is context-dependent. Relevant to verb problems in aphasia, this provides support for the notion that verb retrieval needs to be trained in context and not in isolation.

The issue of the interplay between language structure and performance is also relevant to phonological representations. My own work shows that syllable structure and characteristics of individual speech sounds affect the speech output of people with apraxia of speech, an articulatory planning disorder, differently from that of people with phonological planning disorders (such as conduction aphasia). Hierarchical syllable structure appears to play a role primarily at a more central phonological planning level, rather than at the level of articulatory planning. Recently, we have started experimental work with High-Definition tDCS as a method for modulating language functions in healthy speakers. The aim of this work is to test the viability of focal neuromodulation for raising the cap on treatment outcome in aphasia. HD-tDCS is a recent innovation to traditional sponge tDCS, and a number of uncertainties still exist with respect to optimal stimulation parameters and electrode configurations. Our contributions are relevant to the optimization of placebo stimulation techniques crucial for experimental research, and show that field orientation may be a more important characteristic of the neural stimulation parameters than whether the stimulation is ‘anodal’ or ‘cathodal’, as is common in traditional tDCS.