If you read my previous posts on the ChitChat blog, you’ll have noticed that I am a big advocate of aphasia therapy. Being an advocate of aphasia therapy may seem like an odd thing in this day and age when evidence in favor of aphasia therapy seems considerable, including from clinical trials (Breitenstein et al., 2017, Lancet) and meta-analyses (Brady et al., 2016, Cochrane Database Syst Rev). However, it wasn’t that long ago that the utility of aphasia therapy was routinely questioned, especially from the direction of medicine, including neurology and physiatry. On a personal note, I remember a conversation about this very issue with a stroke neurologist who is a prominent clinical trialist. He proceeded to tell me that we “ basically have no evidence to support the effectiveness of aphasia therapy.” Feeling a bit frustrated, I referred to Randy Robey’s meta-analysis (1998, JSLHR) as well as several other smaller therapy studies. I can’t exactly remember the end of this conversation, but it definitely led me to reevaluate the evidence as well as to educate myself on clinical trials in general.

Looking back, I think this conversation was a turning point for my research. From then on, my thinking on evidence from small aphasia therapy studies, including those employing single-subject design, changed. It became obvious that the evidence tended to be weak and most of the studies in the field were vastly under-powered and probably would not generalize to the greater population of persons with aphasia. I also came to understand why those outside of our field were suspicious of our evidence; they viewed us no differently than they would any other treatment approach or drug in another field. Had I been looking from the outside in, I suspect I would have come to the same conclusions. I would, for example, never take a medication that had only been tested on a few individuals. Equally important, I should not expect persons with aphasia to accept treatment using an approach whose strongest evidence was derived from a study with a sample size of less than 10. This does not mean that I think smaller Phase I studies, including those with single-subject design, cannot be useful. Phase I studies are crucial for several different reasons. For example, to assess feasibility, to estimate effect sizes used to calculate realistic sample sizes for larger trials, or to modify the therapy approach to maximize potency. However, Phase I studies should primarily be viewed as providing preliminary data and to support more definitive trials but not as studies that yield conclusive evidence.

The rigor and number of clinical trials in the field of aphasia therapy has increased substantially in the past decade, which is a very positive development (e.g. Breitenstein et la., 2017, Lancet; Fridriksson et al., 2018, JAMA Neurol; Godecke et al., 2016, Int J Stroke; Palmer et al., 2019, Lancet Neurol; Stahl et al., 2018, JNNP; Woodhead et al., 2018, Brain). Yet, there is limited evidence suggesting one therapy approach is better than another or how therapy should be tailored to maximize benefit among different individuals. Given that systematic studies of aphasia therapy have been conducted for at least six or seven decades, this state of affairs would have to be considered, at best, disappointing. Consider that probably the first notion of aphasia therapy was mentioned by Broca over 150 years ago where he described occasionally working to “expand the vocabulary” of a gentleman with aphasia who resided at Bicetre Hospital (1865, Bulletin de la Société d’Anthropologie).[1] At that time, knowledge regarding the most rudimentary aspects of medicine was extremely limited yet the concept of aphasia therapy had already been introduced. Fast forward approximately 80 years to post-World War II where clinics were set up at Veterans Administration hospitals in the United States to rehabilitate brain injured soldiers, including those with aphasia. Many of the same ideas regarding aphasia therapy that prevail today had already been formulated at that time. For example, Sheehan (1948, JSHD) describes several different approaches aimed at improving communication in aphasia, of which most would have to be considered to be in the “functional” camp of aphasia therapy whereas some of her suggestions are closer to what we might consider “impairment” based therapy today, including working on language specific deficits. I would argue that today, more than 70 years after Sheehan’s report, the amount of progress in the area of aphasia therapy has been surprisingly trivial.

To narrow the time window just a bit, I would offer that a person with aphasia today is receiving therapy that could not be proven superior to the best therapy approaches already introduced 40 to 50 years ago. In a nutshell, other than Broca’s insights presented in his 1865 paper, there have been no major breakthroughs in our field, ever. Although new aphasia therapy approaches have been introduced during this time window, including treatment of underlying forms (Thompson & Shapiro, 2005, Aphasiology), semantic feature analysis (Boyle, 2010, Top Stroke Rehabil), and constraint-induced aphasia therapy (Pulvermüller et al., 2001, Stroke), none of these approaches seem to offer a considerable improvement over previous approaches. To clarify, when I say breakthroughs, I am not referring to something as groundbreaking as Einstein’s theory of relativity, discovery of the double helix (Watson & Crick, 1953, Nature), or Jenner’s invention of the smallpox vaccine. Rather, I am just looking for something that could be considered a significant leap forward for the field. One could argue that the life participation approach to aphasia (LPAA) constituted a considerable change to aphasia management (LPAA Project Group, 2000, ASHA Leader). Although the LPAA approach has been a major development, it is not a specific therapy approach and, therefore, does not fit well here.

So, why the paucity of progress? The reasons are probably many, of which I will discuss only a few: 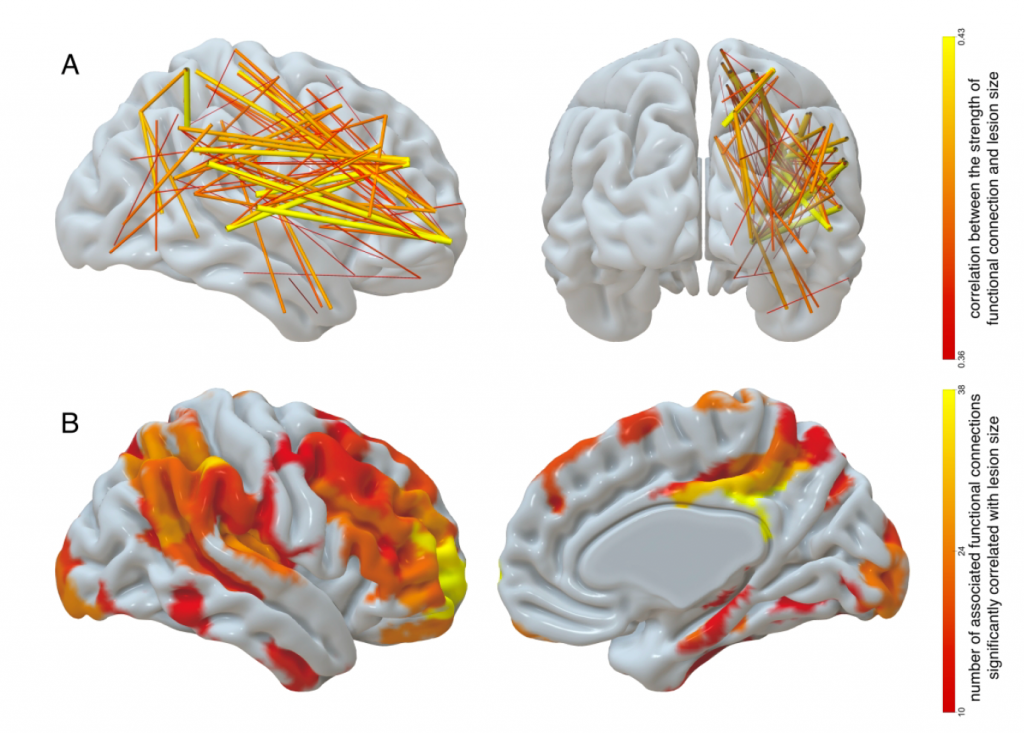 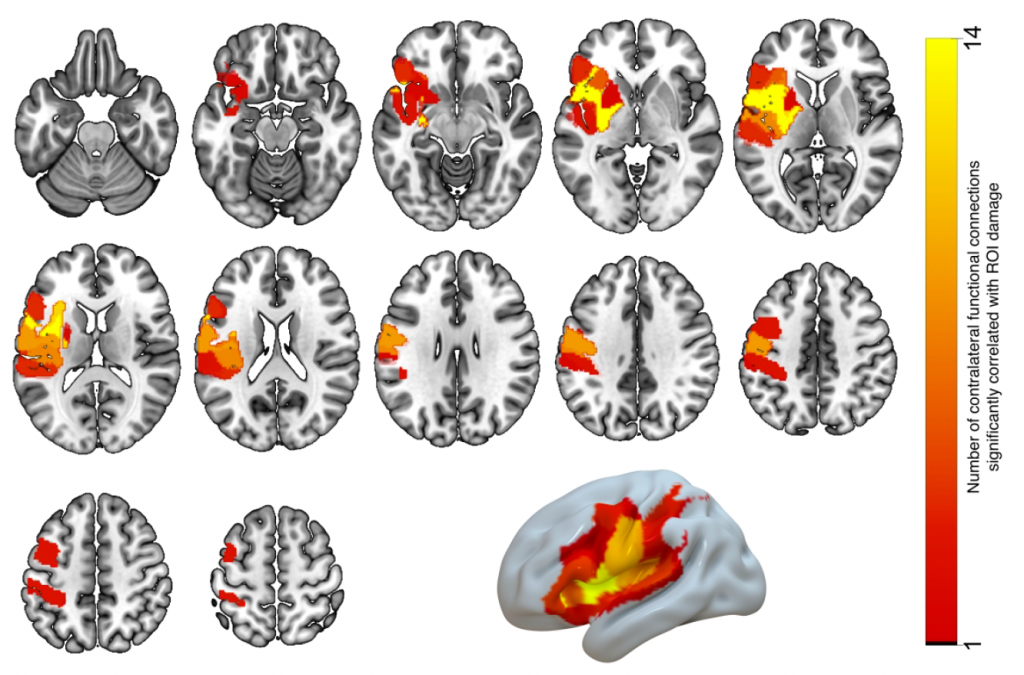 As I stated earlier, there are probably many other reasons why progress in aphasia therapy has been so limited and I only address three of them here. Having said that, I am confident that a major breakthrough will happen in the near future and would bet it will come primarily from the study of neurobiology with important input from the behavior side. In a recent lecture hosted by Aphasia Access, I discussed what one such breakthrough, a neural prosthesis that reconnects anterior and posterior language regions in the brain, might look like (to view, go to: https://cstar.sc.edu/lecture-series/). It goes without saying that this kind of solution will only benefit a proportion of the individuals who have aphasia and it is only one of many different ways a neural prosthesis might help. Equally important, a solution like this will have to be couched within a theoretical framework that explains why reconnecting residual cortical areas may aid recovery.

Major efforts are underway to provide guidance to future trials in aphasia therapy, including international groups like Collaboration of Aphasia Trialists (https://www.aphasiatrials.org). This is very important work that will help streamline aphasia therapy trials and provide common standards. The importance of properly powered clinical trials of aphasia therapy cannot be understated. What is also needed are more researchers that work on this problem, especially new investigators, as well as more research funding and greater emphasis on theoretical development.

[1] I have read a lot of Broca’s writings, not just on aphasia but also on things like evolution and craniometry (Broca, like many of his contemporary scientists in Europe, was deeply racist) as well as things written about Broca. One thing that consistently strikes me about him is it seems he was a bit pompous for his own good (poor Marc Dax…).